Mocking Adolf Hitler. Heartfield Travels West To Teach Collage Art For Use As A Weapon Against Demagogues. WWII, 1931 to 1932

“How fortunate for governments
that the people they administer
don’t think.”

Mocking Adolf Hitler. Heartfield Travels West To Teach Collage Art For Use As A Weapon Against Demagogues. World War II, 1931 to 1932

From April 1931 – January 1932, John Heartfield makes a professional trip to the USSR. He gives lectures as he travels to Baku, Batumi, and Odessa on behalf of the newspaper USSR in Construction.

In Moscow, Heartfield exhibits approximately three hundred of his works. He becomes acquainted with Aleksandr Rodchenko.

He forms a close friendship with Sergei Tretyakov. Tretyakov will later write one of the first critical analyses of Heartfield’s work. Communist politics, as in so many other countries, moves towards fascism when Josef Stalin takes power. Tretyakov is arrested for treason in the Stalin purges. Before his execution, he commits suicide by throwing himself down a flight of stairs.

Heartfield returns to Berlin knowing he is risking his life. He brazenly continues to produce montages mocking Adolf Hitler, his supporters, and the entire National Socialist (Nazi) Party. 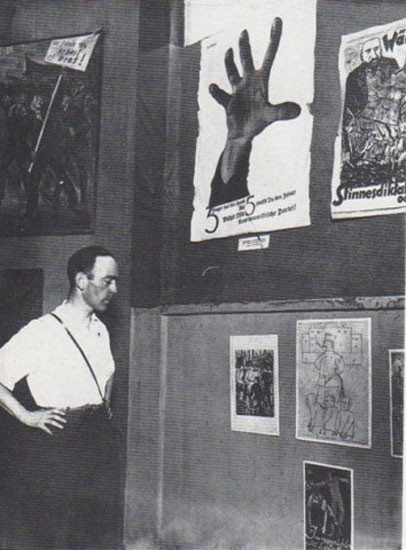 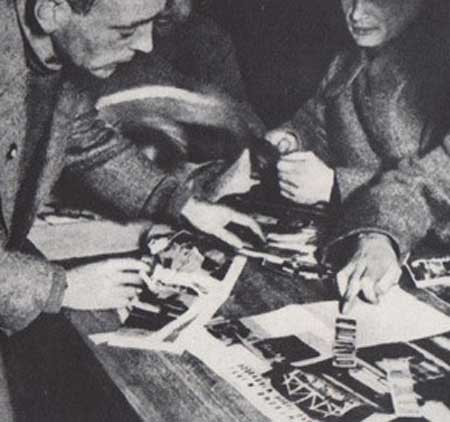 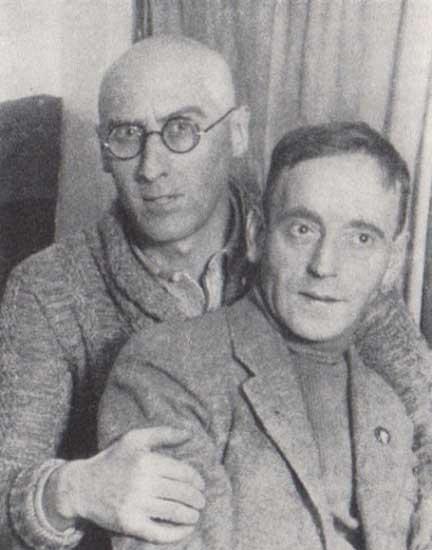 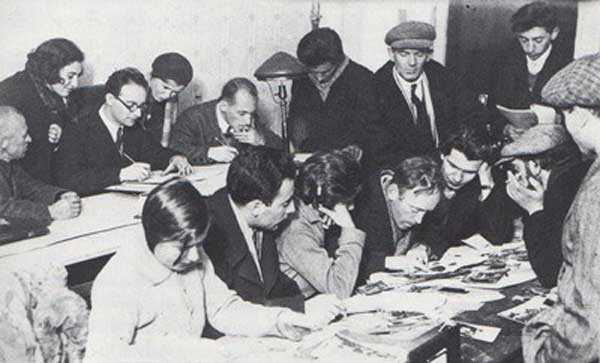 Professor John J Heartfield is John Heartfield’s paternal grandson. Professor Heartfield presented Art & Politics, Politics & Art at the DADA WORLD FAIR in San Francisco. Please write to him about his live presentation regarding the relevance of his grandfather’s life and work to current events.