My Journey Inspired By My Grandfather

Check Out The One Hand Art T-Shirts 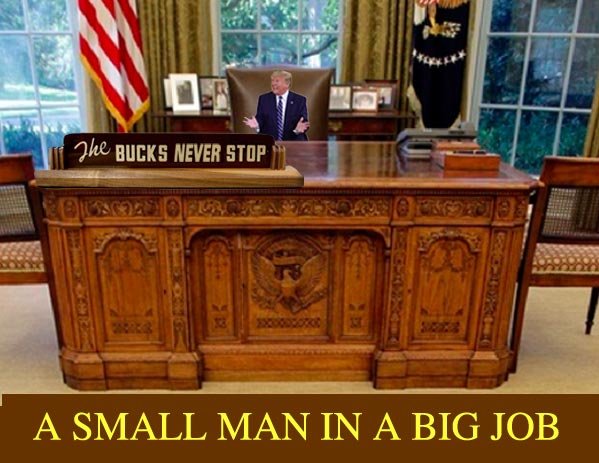 Trump Is A Small Man In A Big Job

This is my homage to my grandfather's use of the size of the man in relation to the importance of his surroundings.

From Russia With Love

Can we over estimate how much the Russian government and spy agencies are loving what Trump is doing for them? My Photoshop take is inspired by the brilliant political art of my grandfather, John Heartfield. 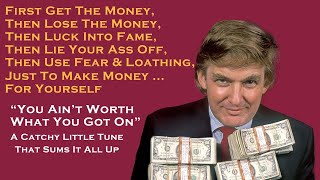 You Ain't Worth What You Got On

A catchy little tune with images to help remind everyone what's at stake when you vote on November 6, 2018. Healthcare. Pre-Existing Conditions. Medicare. Medicaid. Human Rights. And a president that believes the United States of America should be The Divided States Of Myself. 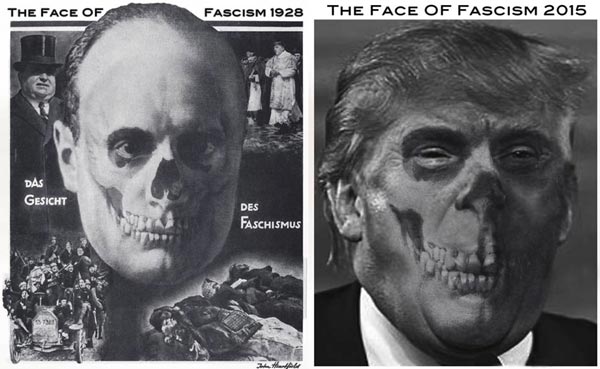 The Face Of Fascism, 2015
One Hand Art
John J Heartfield

I heard Donald Trump say he planned to ban Muslims from entering the United States. I immediately thought of the quote that inspired my grandfather's famous portrait of Benito Mussolini.

I'd never thought about working in political collage like my grandfather. However, Trump's words made me feel I had no choice. This was the first piece of One Hand Collage. 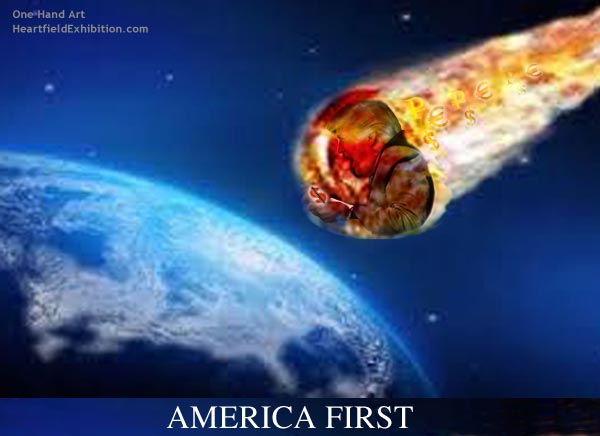 Donald Trump seems to be intent on destroying the world as we know it.

And it appears that he plans to start with America First. 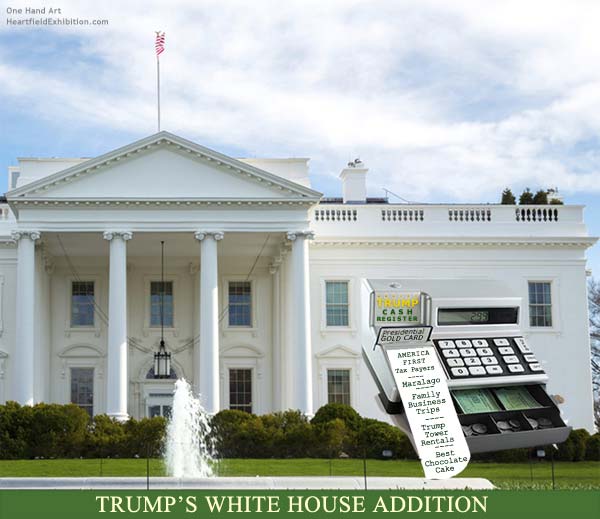 Donald Trump's White House Addition is a huge cash register to hold all the money flowing into his pockets because he's the president.

No amount of money from big oil and coal magnates will save the planet when global warming results in unimaginable suffering.

It is incredible that members of the United States Congress have no ability to think logically. The same science that makes our comfortable lives possible is shouting our existence is in danger. Why aren't our "leaders" listening?

Donald Trump Electoral College Win is the Sarah Huckabee answer to every question regarding Donald Trump's fitness to serve as president of the United States. However, winning the presidency is the smallest part of being president.

The presidency exposes the man! 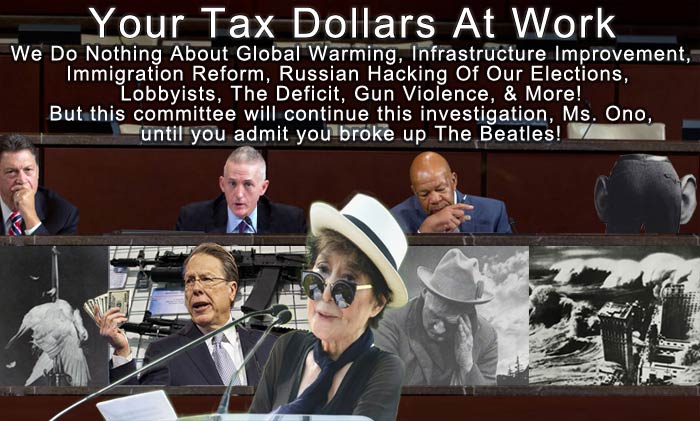 Global Warming, Infrastructure Improvement, Immigration Reform, Russian Hacking Of Our Elections, Lobbyists, The Deficit, Gun Violence, Worldwide Terrorism. Hunger In America, The Shrinking Middle Class, An Unstable President - Is any of that Important? No! They waste our tax payer money on endless do-nothing committees on important subject like Hillary Clinton's emails.

The Republican controlled congress is obsessed with playing politics instead of working on real issues. 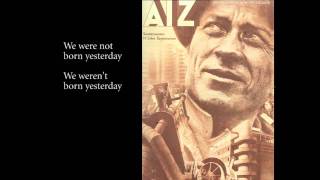 The song Born Yesterday is not from the musical One Hand! I'm writing about my grandfather's cinematic life and times. Samples of One Hand! will be available this year.

I wrote Born Yesterday in 2011 during Occupy Wall Street. I believe in capitalism and a democratic system. But, greed capitalism, the pursuit of personal and corporate wealth at any cost, threatens our existence. Capitalists must create opportunity for others. Capitalists must protect our environment. 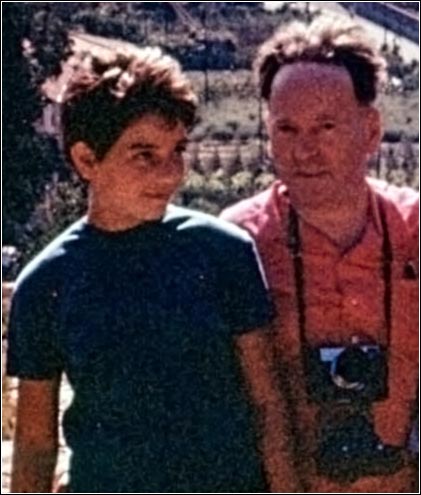 My Journey Inspired By My Grandfather
By John J Heartfield

My grandfather has always been my inspiration. I think of him whenever I’m afraid to do what’s right. Then I thank him. Not for giving me courage, but for teaching me that fear can never a good reason to stop fighting for what you believe.

I started music lessons at the age of eleven. My father made the unfortunate choice of accordion as my first instrument. After three years of ump-pah-pah, I was allowed to move on to keyboards. I’ve written more than 200 original songs.

I became fascinated with writing a musical about my grandfather’s cinematic life and times in 2015.

The musical One Hand! is in full development. I’ll feature trailers from the musical here this year.

My other passion is writing, both fiction and non-fiction. I’ve always loved mystery novels. My mystery novel Controlling Time has been described as a cross between a Philip K. Dick novel and a Jason Bourne adventure. I’ll take that review.

Finally, I always joke it’s a good thing I didn’t inherit any of my grandfather’s ability in one area or I’d have fewer hours in the day that I do now. I literally cannot draw a straight line. However, I was inspired by my grandfather to put together some Photoshop collages by words and actions that have become popular in American politics since 2016.

As curator of The Official John Heartfield Exhibition, A Powerful Art Museum it isn’t simply my only goal to increase my grandfather’s recognition and renown. Clearly, the message is his work, that fascism is inevitable when propaganda is mistaken for reality, is as relevant today as it was in the early 20th Century.

The German government institutions that hold the majority of my grandfather’s art have the belief that pieces of his work are treasured relics to be preserved. I know he would kick down the doors of those institutions to get his messages to the people. And, knowing him as I did, I wouldn’t want to be standing between him and those doors.