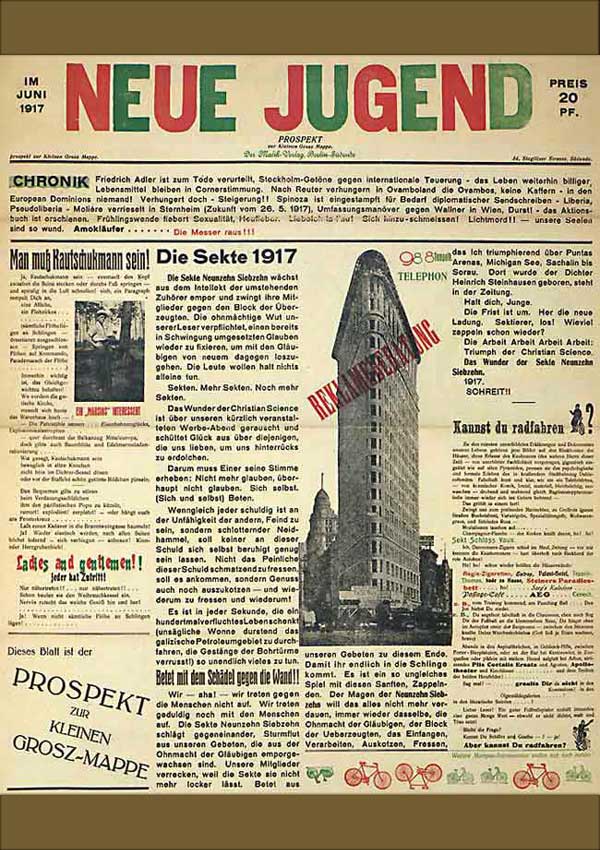 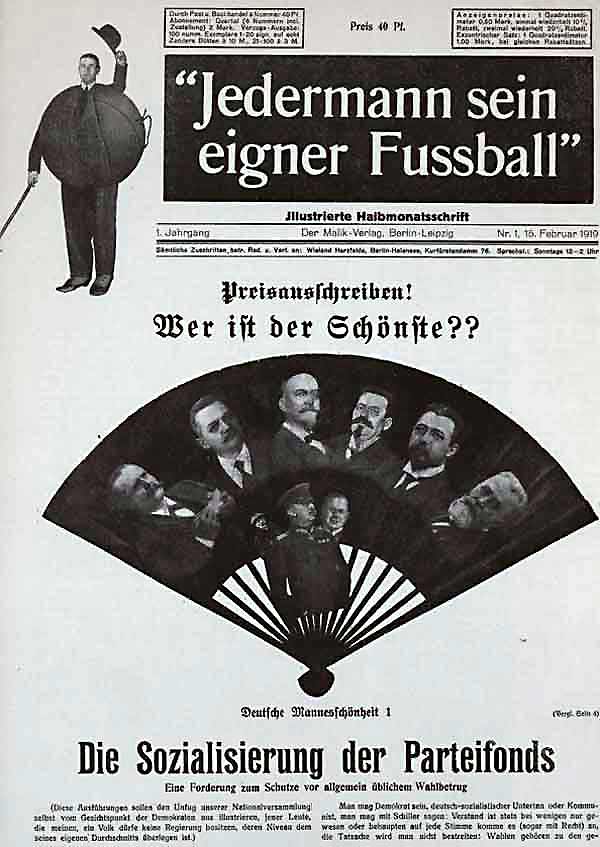 Everyone His Own Football, February, 1919 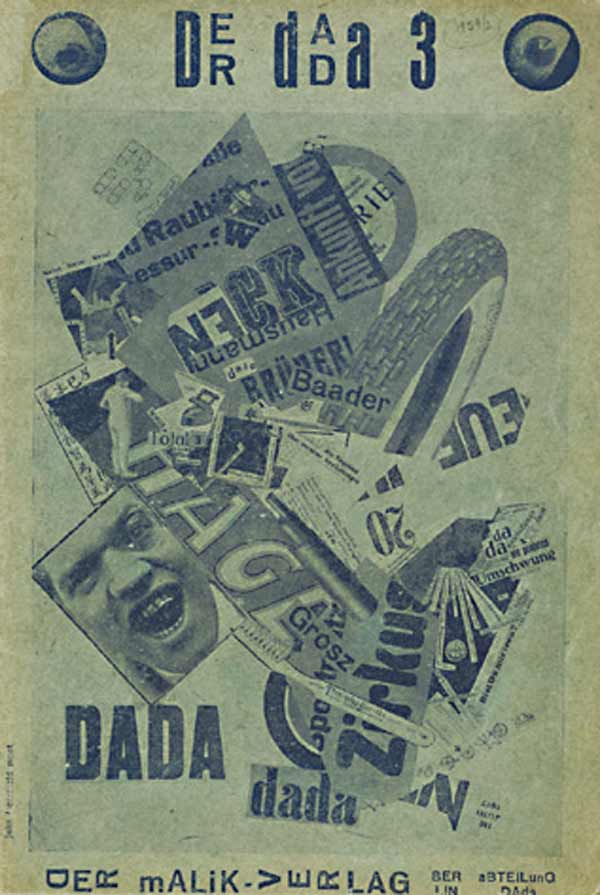 The brothers, John Heartfield and Wieland Herzfelde, were the creative force behind the German Dada periodical Neue Jugend (New Youth). The content of this stunning German Dada print masterpiece removed any doubt that the brothers were committed to an anti-war agenda. The periodical was a slap in the face to the newspapers and journals completely control by the German military.

Heartfield and Herzfelde printed and handed out Neue Jugend (New Youth in Berlin in July, 1916. It was the first of a string of sarcastic witty Berlin Dada papers. The revolutionary Dada typography and raw graphic design would have caused an uproar among many Berliners who were used to the German newspapers controlled by the military. View The Pages Of Neue Jugend

Berlin Dada In Print: Jedermann sein eigener Fussball (Everyone His Own Football)

The groundbreaking satirical tabloid Jedermann sein eigener Fussball (Everyone His Own Football) was an illustrated left-wing “German Dada Grosz Heartfield” periodical published in 1919 by Malik-Verlag. Malik-Verlag was a the publishing house jointly run by John Heartfield and Wieland Herzfelde. John was the creative force. Wieland ran the business side. Wieland was an excellent promoter and businessman. John Heartfield probably would have never received recognition if not for the efforts of his devoted brother.
Jedermann sein eigener Fussball (Everyone His Own Football) is one of the most remarkable and radical of the Berlin Dada magazines. Naturally, it was immediately outlawed.

Renowned German Dadaists such as Georg Grosz, John Heartfield, Richard Huelsenbeck, Walter Mehring, and Erwin Piscator contributed their biting wit to this bold Dada periodical. In true German Dada fashion, John Heartfield’s baby son, Tom (only nine months old), was listed as a featured staff member. Perhaps the intention was to proclaim that Dada was for the everyone. Anyone of any age could proclaim themselves a Dadaist. View The Pages Of Jedermann sein eigener Fussball

Der Dada 3 was released in 1920 by Malik-Verlag Publishing in 1920. Its front page has one of Heartfield’s first photo montages. It’s signed John Heartfield mont.. The “mont.” is short for “Monteurdada.” Heartfield preferred the titles “mechanic” or “engineer” to “artist.” He wore overalls (Monteuranzug in German) when working on his collages. View The Pages Of Der Dada 3