John Heartfield’s powerful political art images were warnings. They spoke volumes on how dictators seize power by spreading lies. Their lies rely on ignorance, bigotry, apathy, and blind nationalism. Dictators cannot survive without lies spread by propaganda. Today, we know these lies as “alternate facts.” German artist John Heartfield responded to the alternate facts of Adolf Hitler, fascists, and Third Reich. He did so by creating history’s greatest collection of political art.

In 2017, Heartfield’s anti-fascist antiwar collages are not simply warnings from another era. They are powerful political art that speaks directly to the current state of American politics. During WWII, Heartfield constantly risked his life to make it clear there are no “alternate facts.” There is only the truth that ugliness of thought quickly leads to the ugliest of actions. 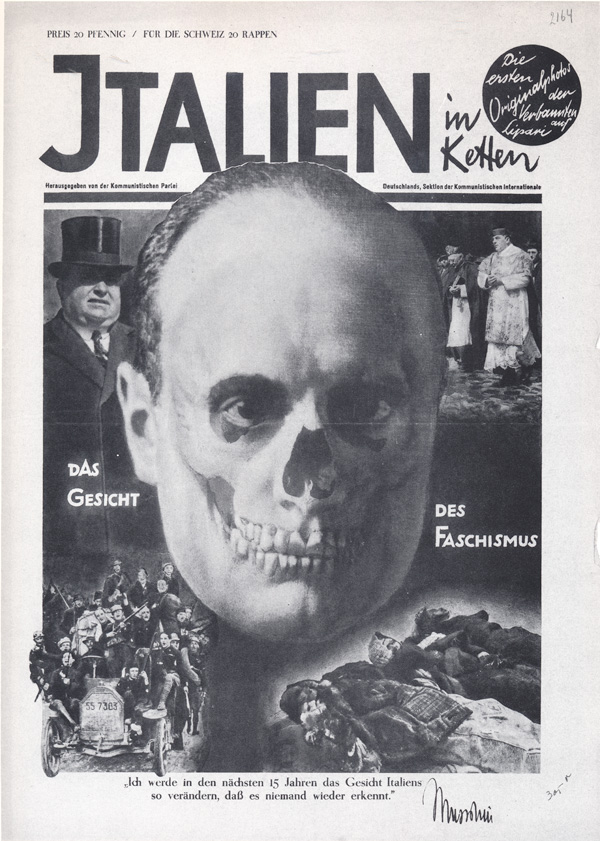 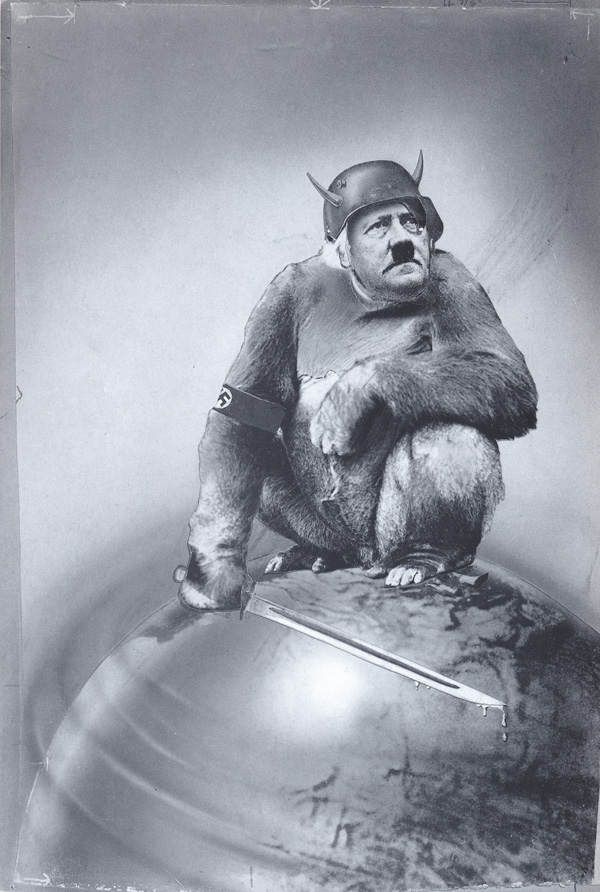 And Yet It Moves! 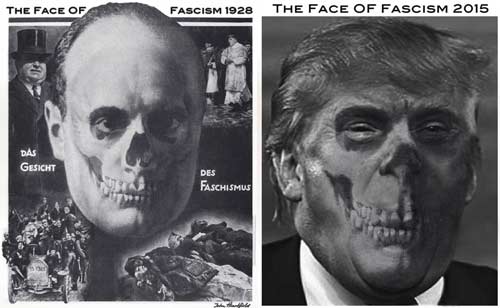 John Heartfield designed covers for brochures and announcements (Dada) as early as 1916. During World War II, all sides used leaflets and brochures as propaganda tools. Let’s define propaganda as the use of lies to convince someone or some group of people that something bad for them is actually good for them. Heartfield insisted that all his political art contained the elements of truth.

Donald Trump spoke about his plan to stop Muslims from entering the United States. Heartfield’s grandson felt compelled to remix his grandfather’s famous 1928 portrait of Benito Mussolini into a new face of fascism. This image of Trump went viral on social media. It was featured during the curator’s presentation in the Collage Museum at the 2016 DADA WORLD FAIR in San Francisco, sponsored by City Lights Bookstore.

During the Weimar Republic and WWII, Heartfield showed that reality could be shown by taking propaganda and rearranging its elements to show the true aims of bad actors. A major goal of a powerful political art museum is to take alternate facts and turn them into real facts.

John Heartfield’s anti-Nazi anti-fascist montages for covers of brochures were more effective than the words contained within them.

In 1943, Heartfield framed Hitler as a brutal ape complete with a dumb expression. Heartfield brilliant portrait of Hitler made it clear that while politicians may dream of becoming dictators, the world always turns.