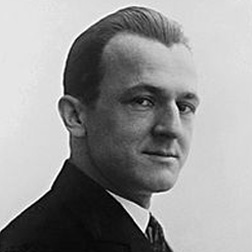 The George Grosz painting of John Heartfield entitled “The Engineer Heartfield” currently hangs in the Museum of Modern Art in New York. John Heartfield preferred the title of “engineer,” rather than “artist.”

Grosz was known in Dada circles for his outlandish manner and appearance. Often, he would appear at social functions in heavy makeup and unusual dress.

“George Grosz was rarely George Grosz; he was often pretending to be someone else.”
Wieland Herzfelde

He was a prominent member of the Berlin Dada and New Objectivity group during the Weimar Republic.

“Yes, he [referring to George Grosz] was quite the gentleman. He looked like a fashion model. His ash-blond hair was faultlessly cut, carefully brushed, and the part was as sharp as the crease in his trousers…His reddish face, his bold profile, and his blue, mistrustful eyes could have been those of a German officer, had not a trace of doubt and shyness made them appear too sensitive…He sat on his chair like the monument to the eternal civilian. “Don’t touch me!” his entire attitude commanded. That conservative gray, spotless suit, just a bit too tight on the muscular torso, that silk tie with the small tight knot on the starched, light-blue shirt, those blue-black, almost transparent socks above the almost purposely displayed ankles, the thick-soled oxfords with the heavy punch-hole designs—no doubt these were the things the man loved, and at no price would he exchange them for any sort of uniform.”

In 1933, George Grosz emigrated to the United States.

“I thought the war would never end. And perhaps it never did, either.” 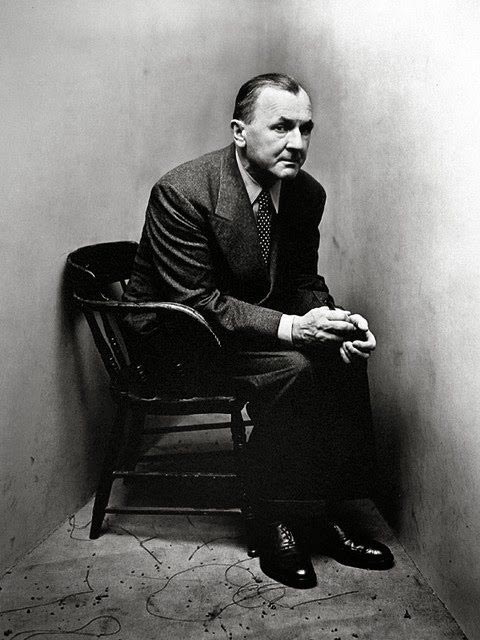 NOTE: John Heartfield later said he “pasted pictures” with Grosz, but that two artists were not partners in the invention of photomontage.

“When John Heartfield and I invented photomontage in my South End studio at five o’clock on a May morning in 1916, neither of us had any inkling of its great possibilities, nor of the thorny yet successful road it was to take. As so often happens in life, we had stumbled across a vein of gold without knowing it.”

“The war was a mirror; it reflected man’s every virtue and every vice, and if you looked closely, like an artist at his drawings, it showed up both with unusual clarity.”