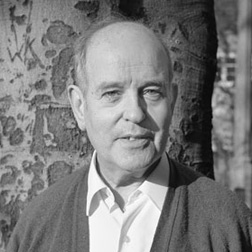 Wieland Herzfelde (April 11, 1896-November 23, 1988) was a German publisher and writer. He was the beloved brother of the John Heartfield. There is no doubt that Wieland was instrumental in bringing John Heartfield’s art to the attention of the world.

Herzfelde was forced to flee from the Nazis to Prague in 1933. After a stay in London, he moved to the United States in 1939, where he published works by exiled German writers.

In 1949, he returned to East Germany to be able to reunite with his brother, John.

“I think that the movements of my brother’s hands, when he is sunk in observation, when he is lost in thought, when he tries to explain something to someone, would produce wonderful futurist pictures, if it were possible to transfer these movements (visually) like temperature or air pressure variations.”

“My brother, who was five years older, experienced the full impact of the loss. For four days and nights he was alone with us younger siblings in the isolated hut. The eight-year-old never thought of going down into the village. Frightened and helpless, despairing more completely with each passing hour and day, he ran into the woods again and again to call just one word: ‘mother.'”

“His early home was nice and airy, and contained a large room with small windows in the thick wooden walls. Through the open door one could look over the pine trees and into the valley of fields lying below and further even into the Salzach Valley. Before the door ran a few steps and then the hut, resting on wooden poles with its back wall built against the [mountain’s] slope.”

“At inspection call, the solitary infantry guard Herzfeld stepped out from his unit and, standing at attention, reported that he was mentally ill. The company leader then dared to crack a sardonic smile. And that put my brother into such a rage that two noncommissioned officers rushed to his side to restrain him and speak to him…until orderlies arrived, who..carefully led him away.”

“No matter what the war was about, it was not about art or things of the spirit.”

“Then Else Lasker-Schuler had an idea: We should all make an exaggerated effort to talk with him [referring to John Heartfield, on the verge of being ordered to the front in World War Two] gently and considerately as if what he said lacked meaning or coherence. He would respond, as she knew him, in a highly agitated fashion. And then she wanted to convince him that the doctors [he had earlier visited] were mistaken, that John was not “fit for service” but rather belonged, as we could all confirm, in a psychiatric hospital and not on the front.”

“The next news I received about him came from a Berlin hospital. When I visited him there, I encountered a pale man who spoke in a stammer and, with a rake in the institute’s park, tried to scratch leaves into a pile. The striped hospital uniform began to unsettle me distinctly. Had our “psychotherapy” really made him sick? ”

“I ask you for something else: Write my brother. My brother could wish for nothing more beautiful from me…He knows nothing of this letter…Hellmuth [for John Heartfield] may be 5 years older than me, but he is shy, for his youth was hard and lonely…I know that my brother is totally, totally alone in this big city and that he longs for a person who is not a stranger. Be this friend.”

“In 1921, as our Press [Malik-Verlag] began publishing novels, it required particularly expressive [aussagekraftig] jackets and book covers. These surfaces were meant to prompt not only the few leftist booksellers but also those of a different opinion to display our new publications and reprints in their shop windows. Therefore the books had to be attractive at first sight and at the same time have an agitational effect. For we felt that even those who did not buy a book should be influenced by its content as expressed over the cover.”