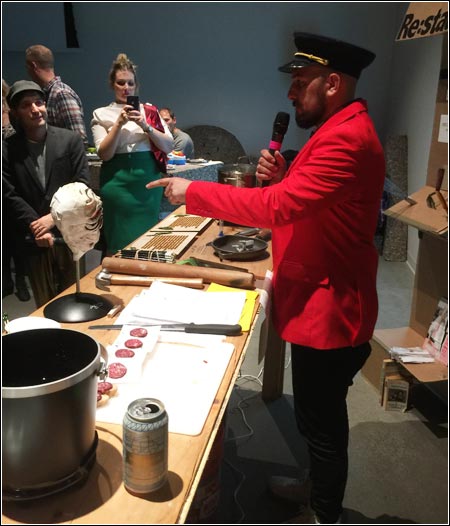 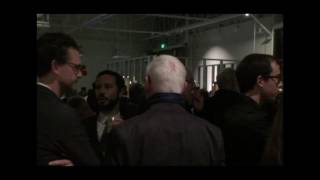 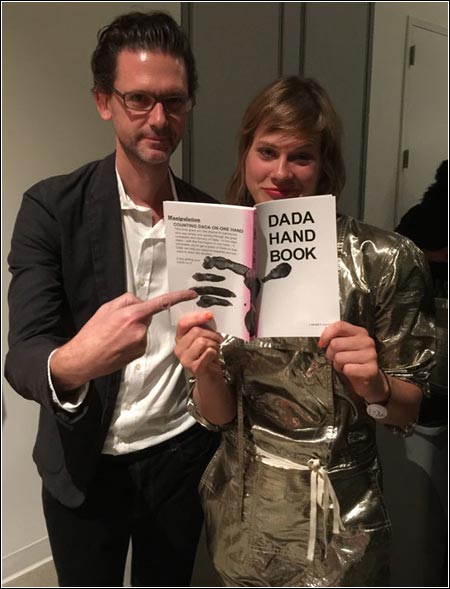 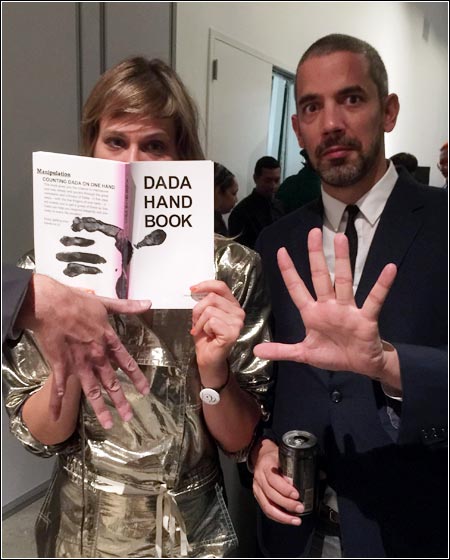 The always impeccably dressed for the occasion Sophie and Adrian discourage the paparazzi at SWISSNEX, DADA WORLD FAIR 2016. Adrian Notz is the director of Cabaret Voltaire in Zurich, Switzerland. Cabaret Voltaire is place to go in Zurich. 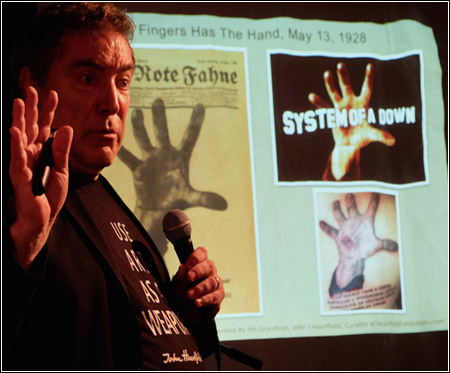 Put Up Your Hand! 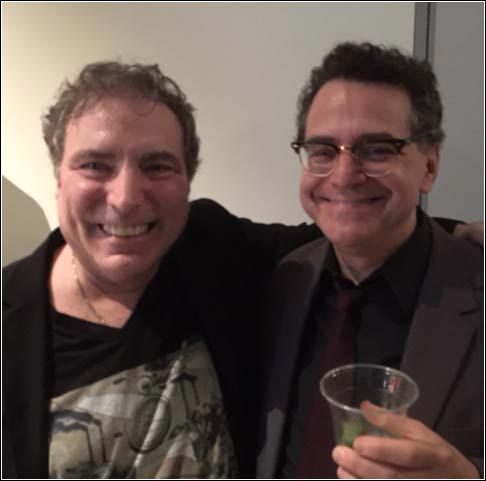 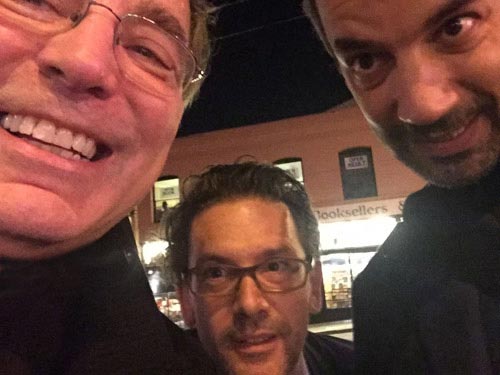 John, Yuri, and Adrian get together outside San Francisco's City Lights Bookstore. 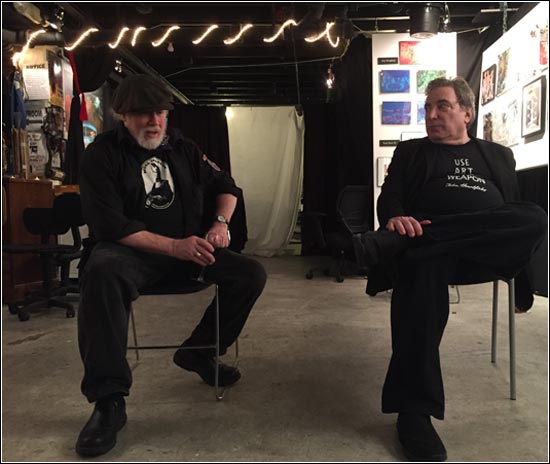 Punk Art Surrealist Winston Smith and John J Heartfield discover how much they have in common inside the Collage Museum in San Francisco. The goal of the Collage Museum is to showcase local, national and international artists who work in the medium of collage, photo-montage, assemblage and related disciplines. 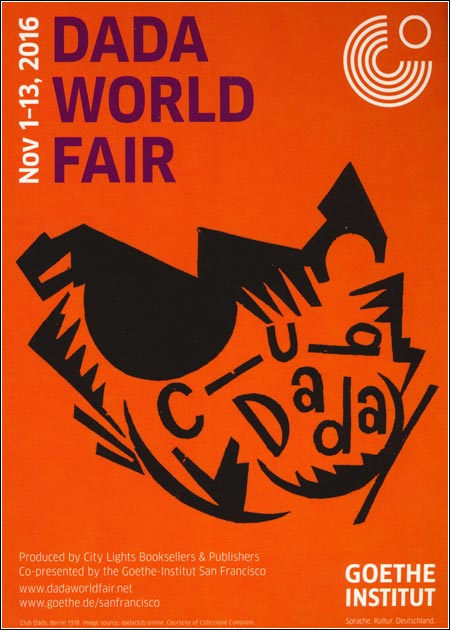 Speakers at the Goethe Institut presented talks on the life and work of the twentieth century Dadaists. California College of the Arts professor Maria Makela gave a particularly fascinating talk on Kurt Schwitters and how the lack of materials affected art and society in post World War I Germany. 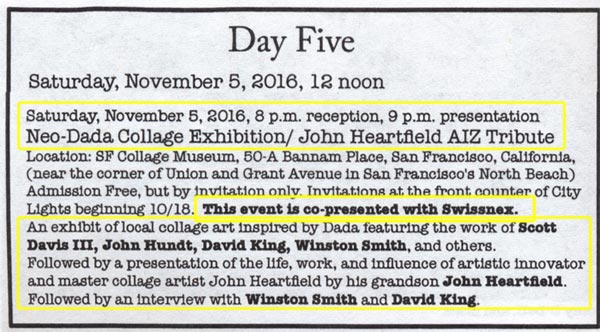 Modern Dada came to San Francisco in November 2016. Then something truly extraordinary occurred. You may be thinking about it was the election of an unfit pathological lying narcissist to the highest office in the United States. But you’d be wrong.

I’m referring to the November 2016 event that was a celebration of life. The DADA WORLD FAIR in San Francisco was where the Dadaists of the 20th century were celebrated and modern Dadaists emerged to awe, applause, and laughter.

DADA WORLD FAIR was a gathering where acquaintances became friends and friends became even closer.

The DADA WORLD FAIR helped the curator of The Official John Heartfield Exhibition realize a new type of art movement was needed. He named the movement REVEAL ART. REVEAL ART artists use “Art As A Weapon” to reveal the truth behind ignorant and ugly propaganda. REVEAL ART doesn’t pivot from day-to-day. REVEAL ART doesn’t contain messages of bigotry and racism one day, then be described as reasonable the next.

A huge expression of gratitude is owed to Peter Maravelis of San Francisco’s Famous City Lights Bookstore and an extraordinary team of talent from SWISSNEX for organizing the stunningly successful gathering of art and ideas at the DADA WORLD FAIR, San Francisco, November 1st to the 13th, 2016.