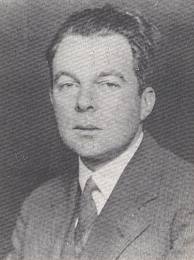 He studied medicine shortly before the first world war.

In January 1917, he moved to Berlin and help form the Berlin Dada group.

Quoting from Andrés Mario Zervigón’s John Heartfield and The Agitated Image, “Like Freud before the turn of the century, both Otto Gross and Franz Jung indulged in cocaine as “therapy,” and Heartfield, dumbstruck by Jung’s personality and their joint work, took to the drug as well. According to Zürich Dadaist Richard Huelsenbeck, Heartfield ingested cocaine with abandon, becoming, at least in one case, something like a violent animal, hypersensitive to stimulation and rabid with rampaging outbursts. The incident took place some time near the war’s end, after a long night of group drinking and cocaine snorting, when ‘Heartfield became so unruly that we had to forcefully restrain him.'”

By 1933, Huelsenbeck was under suspicion by Nazi authorities. He was forbidden to write. He emmigrated to the United States in 1936.

Huelsenbeck believed “Dada is still existing” to his final days.

[Heartfield ] was bound to a chair. We then provoked him with words and blows, just as one taunts an animal in the zoo.

“Art in its execution and direction is dependent on the time in which it lives, and artists are creatures of their epoch. The highest art will be that which in its conscious content presents the thousand fold problems of the day, the art which has visibly let itself be thrown by the explosions of the last week, which is forever gathering up its limbs after yesterday’s crash. The best and most extraordinary artists will be those who with every hour snatch their tattered limbs out of the frenzied cataract of life and doggedly embrace the intellect of their time with bleeding hands and hearts.”