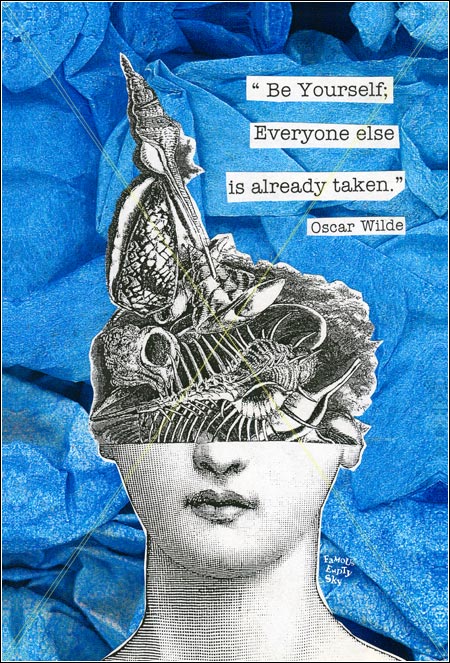 Be Yourself
FaMoUs EmpTy Sky 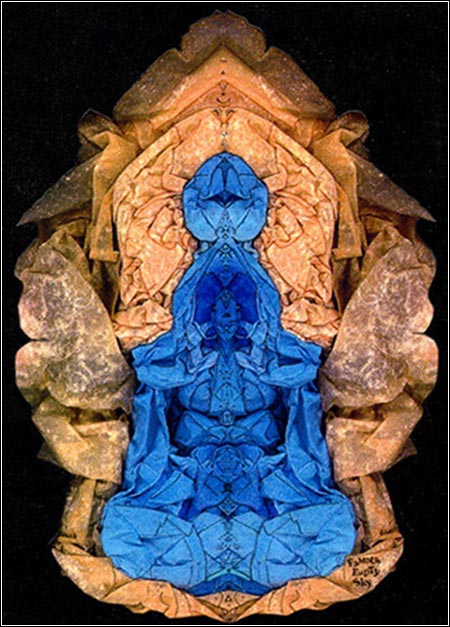 FaMoUs EmpTy Sky believes discovering the work of Dada & Collage Artist John Heartfield changed her art and life. Her complex collages are in the spirit of Dada. Each element in her artwork and its location in the whole transmits a meaning to the viewer.

She is a Vancouver artist, curator, educator, producer of short films. Her name was given to her while studying Tibetan Buddhism and art history with scholar/artist John Brzostoski in New York.

She was Project Director of residency when Avenue for des Arts became the first Resident Visual Artists at the Vancouver East Cultural Centre. Famous Empty Sky organizes major exhibitions involving Public Art, such as The Art of Juxtaposition for the Vancouver Public Library which included a series of free public workshops, fifty finished and exhibited works of art, an opening for three hundred, and her own seven-foot long collage on the theme “the history of art.” That work remains on permanent display at Library Square.

A project honoring the change of the millennium was The Party of the Century. It engaged thirty-six art makers and produced 146 caricatures of 20th century notables. Empty Sky used the collage portraits to create a twenty-four foot mural, in six panels, that continues to be displayed. The finished mural has shown at venues such as the Hong Kong Bank.

In 1967, Empty Sky lived in the Haight-Asbury district. In San Francisco, she worked in visual art, short film, and theatrical production. Since moving to Vancouver in 1992 with her husband, Jim, she has devoted herself to collage and photography.

With Ed Varney, she co-curated the Self-Portrait Exhibition of five hundred pieces for Artropolis in 2001. For over a decade, Famous Empty Sky has taught classes and workshops on collage through Britannia Community Education at the Britannia Community Centre and at the Ruby Dog Art House.

In 2003, her focus turned to the stunning mixed media pieces known as The Nnots.

The artwork of FaMoUs EmpTy Sky is in private collections in Canada, Europe, and the United States, as well as in the public collections of the Vancouver Public Library and the Britannia Community Centre. She continues to exhibit extensively in group and solo shows.