More David King Info At: Not Just Another Cheap Logo: The Story of Crass and David King 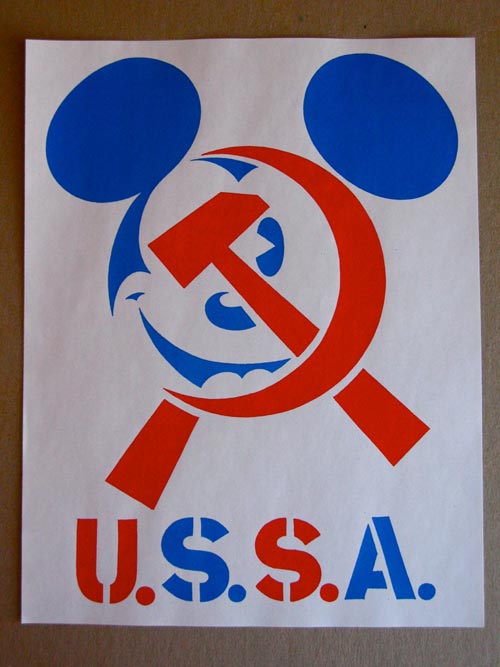 The perfect symbol for the Donald Trump - Vladimir Putin connection.

The piece is timely, but not new. David made it in the mid-1980s when he had the impression America and the Soviet Union had more in common than most people believed. He decided to create a new flag for the eventual joining of the powers. Quite visionary as it turns out. 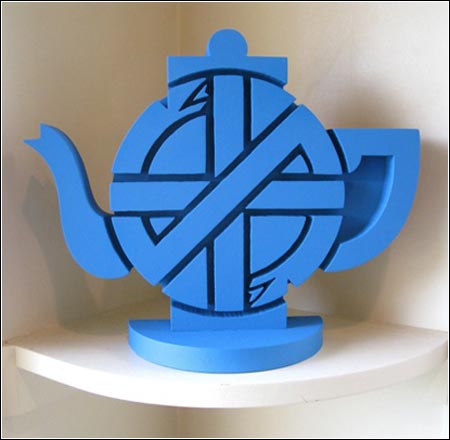 Does this really need an explanation? 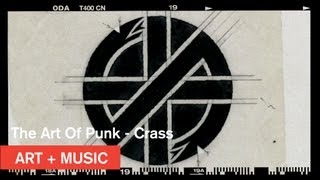 The Art Of Punk Video With David King 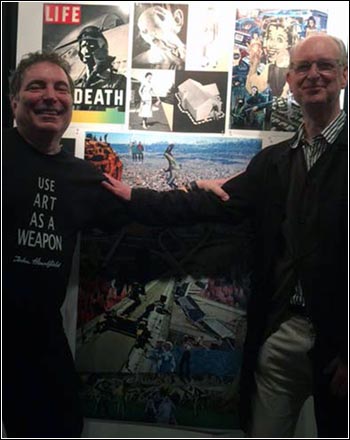 In 1977, in an old farmhouse in the wilds of Essex in Britain, I designed a logo for my friend Penny Rimbaud’s impassioned manifesto, Christ’s Reality Asylum. A heartfelt rant against as many of life’s inequalities as would fit into ten pages of a homemade zine. The text was printed direct from typewriter to the page on a prehistoric copy machine and the logo was hand stenciled onto the grey cardboard covers.

From the beginning, the logo was designed to be easily stenciled, a quality that would become very valuable later on. Its basic elements were a cross and a diagonal, negating serpent, formed into a circle, like a Japanese family crest.

Fast forward a few months and the soon to be infamous punk band Crass, is forming in that same damp but fertile farmhouse. Some of the ideas and certainly the righteous anger find their way from the zine into songs that the band members developed. The logo was also adopted by the band.

In the intervening thirty five years, Crass’ influence spread around the world and took with it what became known as the Crass Symbol, a signifier of both the band and a demanding, counter-cultural questioning of authority of all kinds.

As new generations discover the band and its still relevant critiques, the symbol has been emblazoned on school bags and clothing and tattooed on bodies. Many “homages” have been made over the years, some the enjoyable work of genuine fans, others just blatant, barely altered rip-offs.

Consider the current case of London fashion house Hardware. Taking the original symbol, wrapping it with a chain and adding their name, they then copyrighted the symbol to use on clothing they say is “chic, glam and borderline trashy”. They may have crossed that border with their “Whorewear” line.

I wonder what Crass fans around the world (wide web) think of this situation?

It seems ironic that chains have been added to the logo of a band whose abiding hope has been for the breaking of society’s restraints.

And what happens to the counter-culture, now that everything can be appropriated and sold back to a world hungry for authenticity? 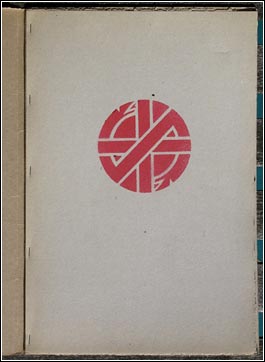