“A photograph can, by the addition of an unimportant spot of color,
become a photomontage, a work of art…”

Revolutionary images in design and content began appearing on book covers in Berlin in 1921. The brothers Wieland Herzfelde and John Heartfield were partners in the publishing house Malik-Verlag. Wieland ran the business side. John produced Malik-Verlag’s graphic designs for the interior and exterior of books. Heartfield’s work for Malik-Verlag showed the full range of his genius as a graphic designer. The Berliner created an entirely new way of highlighting a book’s contents. His innovative covers “told a story” from the front cover of the book to the back. Many customers bought Malik-Verlag books without intending to read them. They only wanted Heartfield’s collaged dust jackets.

Heartfield designed book jackets for authors such as Upton Sinclair, Kurt Tucholsky, and Sinclair Lewis. The young Berlin graphic designer revolutionized the way typography appeared on book covers, using individual letters as elements of the visual design. He integrated words into seamlessly into his collages.

His work for Malik-Verlag publishing made John Heartfield one of the most sought after graphic designers in Berlin. The largest Berlin advertising agencies offered him high-paying senior positions. To all offers, he had only one response – “No!” He could not work in advertising and continue to have the freedom to produce the revolutionary images he needed to create.

John Heartfield’s 1925 book cover for the Sinclair Lewis novel Nach der Sintflut is a collage masterpiece. The ocean waves threatening to destroy a city are an eerie portent of the dangers of climate change. The skyscraper rising up echoes an early Mutt and Jeff cartoon. The Dada artist, along with other Dadaists, was a fan of American cartoons. 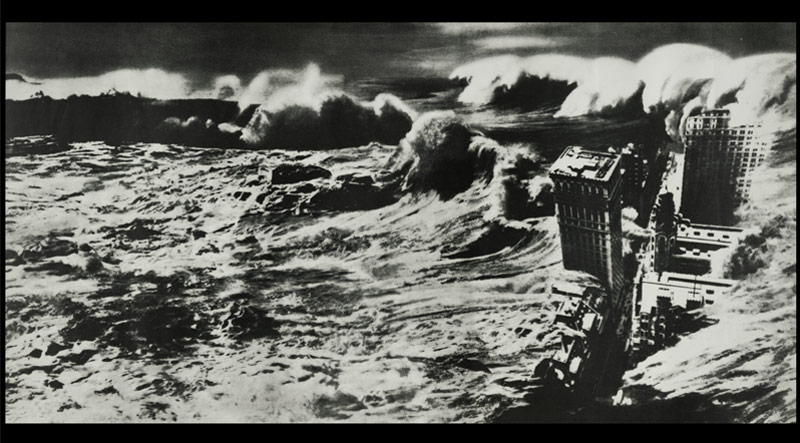 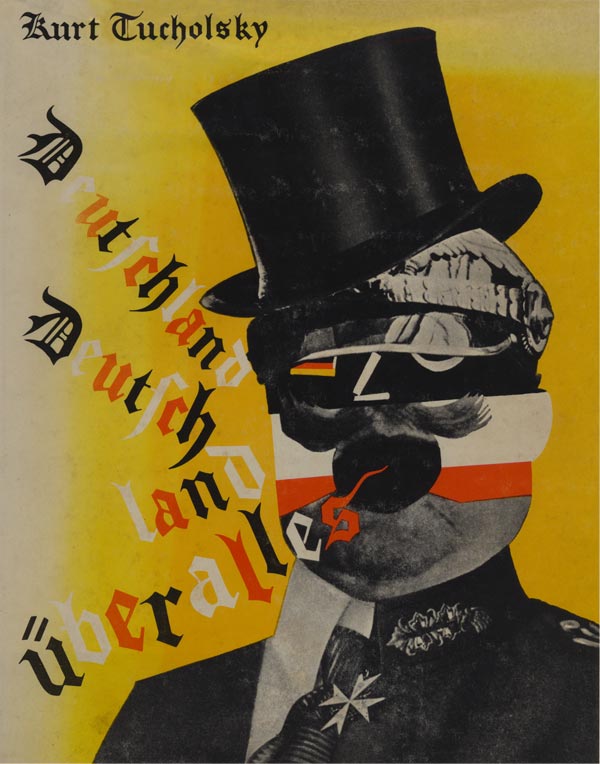