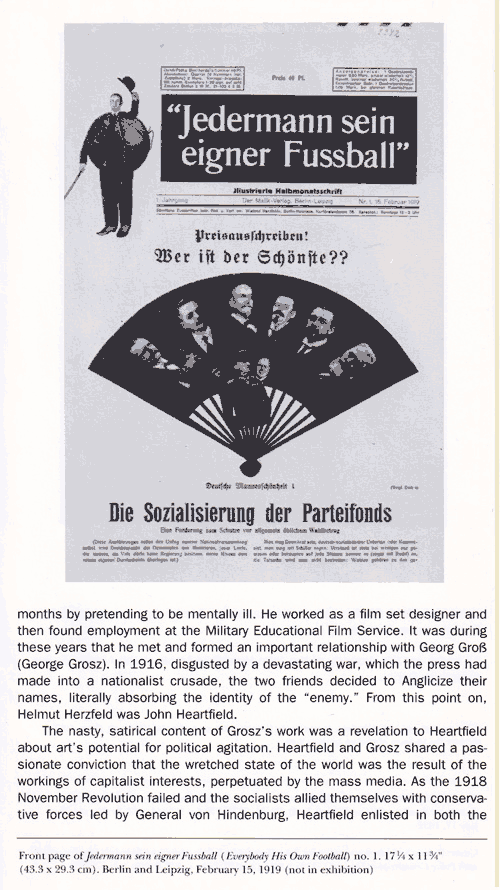 “It was during these years the he [ John Heartfield ] met and formed an important relationship with George Grosz. In 1916, the Grosz Heartfield bond was formed by a mutual disgust of “bourgeosis art” and the pointless savagery of world war 1. Both artists decided to Anglicize their names. Heartfield took the more radical route of adopting an English name in a reaction to crowds shouting “God Punish England” in the streets of Berlin. Helmut Herzfeld became John Heartfield. The Grosz Heartfield collaboration was a fruitful one. Their friendship continued for many years.

“The nasty, satirical content of Grosz’s work was a revelation to Heartfield about art’s potential for political agitation.”