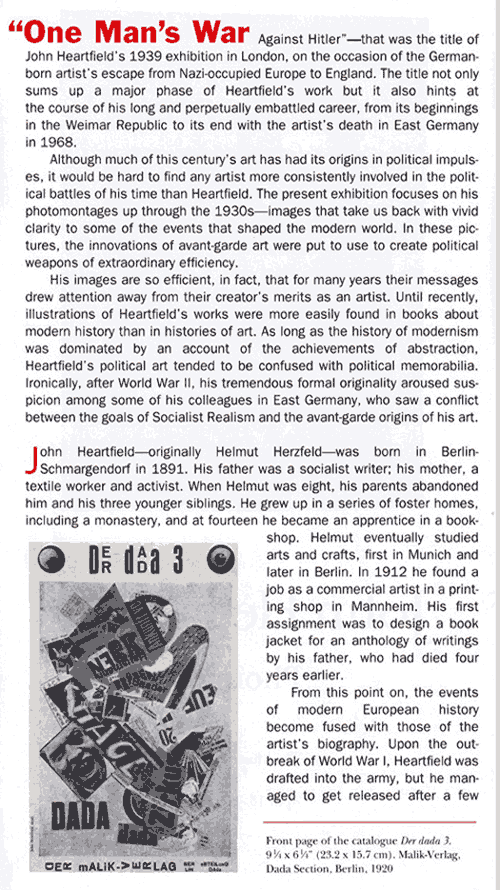 “His images [Heartfield photomontages] are so efficient, in fact, that for many years his messages drew attention away from their creator’s merits as an artist. Until recently, illustrations of Heartfield’s works were more easily found in books about modern history than in histories of art.”

“As long as the history of modernism was dominated by an account of the achievements of abstraction, Heartfield’s apolitical art tended to be confused with political memorabilia. Ironically, after Word War II, his tremendous formal originality aroused suspicion among some of his colleagues in East Germany, who saw a conflict between the goals of Socialist Realism and the avant-garde origins of his art.”