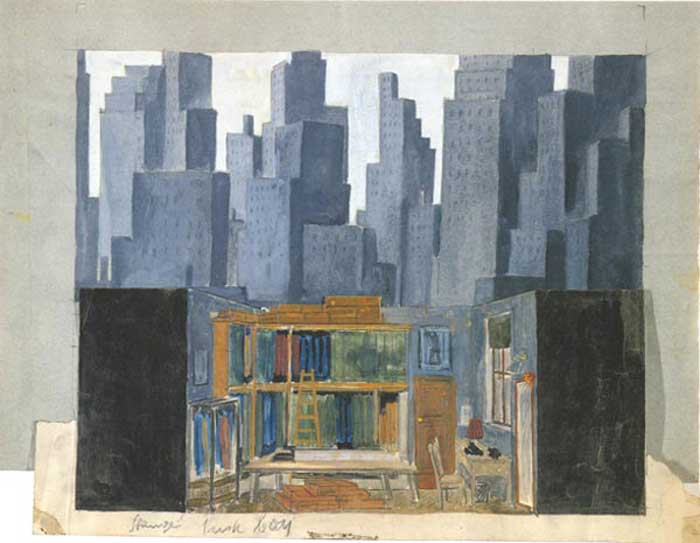 At left is a stage set design for “Tailor’s Workshop ‘Ajax-Röcke’ [Ajax Skirts]” for the East German theatre production of David Berg’s play about an ordinary woman who courageously strives for peace in the world.

The Deutsches Theater is one of the oldest and most prominent theatres in Germany.

Heartfield’s colorful set of a workshop in the shadow of skyscrapers contains precise detail. This precision and attention to detail typically appears in all forms of his art. He was a perfectionist who demanded the same commitment from those with whom he worked. His photographers would complain of the hours required to get one perfect shot to use in his collages.

With his theatre stage sets, Heartfield’s goal was to create stage designs that seamlessly fulfilled the playwright’s intention. His backdrops, mechanics, scenery, props, and costumes all had to function as integrated elements the theatre production.