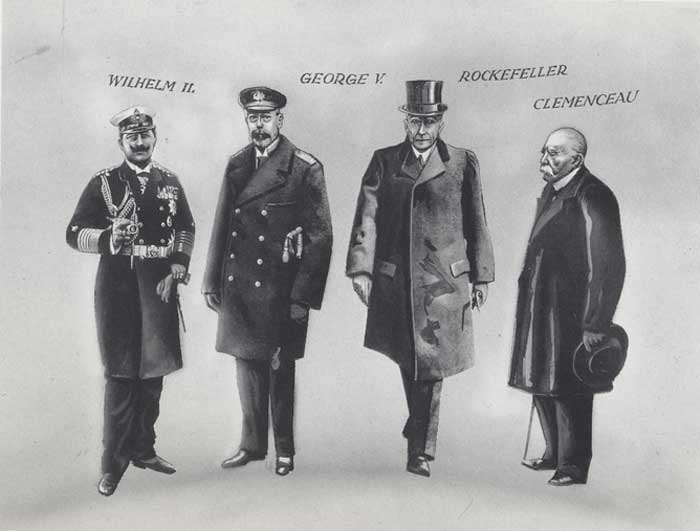 Shown above is John Heartfield production design for the costumes of Lenin, Stalin, and Mao. The most important character is Brecht’s play was not one of these famous revolutionaries, but rather a working mother. The plot is designed to demonstrate that a mother should strive for justice in the world. She must concern herself with the events of the world around her family, not only the day-to-day care of her children. To do so is the best way her children will inherit a better world.

Heartfield used a complex combination of transparent material and film that fluttered down and shimmered before the audience. This stage projection gave a increased sense of action and movement to the events happening on the stage of the Deutsches Theater.

As an artist, Brecht was cut from the same cloth as Heartfield when it came to getting precisely what he wanted from his collaborator to attained his creative goals. Heartfield and Brecht worked together for decades and remained lifelong friends. Not an easy thing to do in the chaotic world of the theater. John Heartfield and his wife are buried only steps away from Bertolt Brecht’s Berlin home.