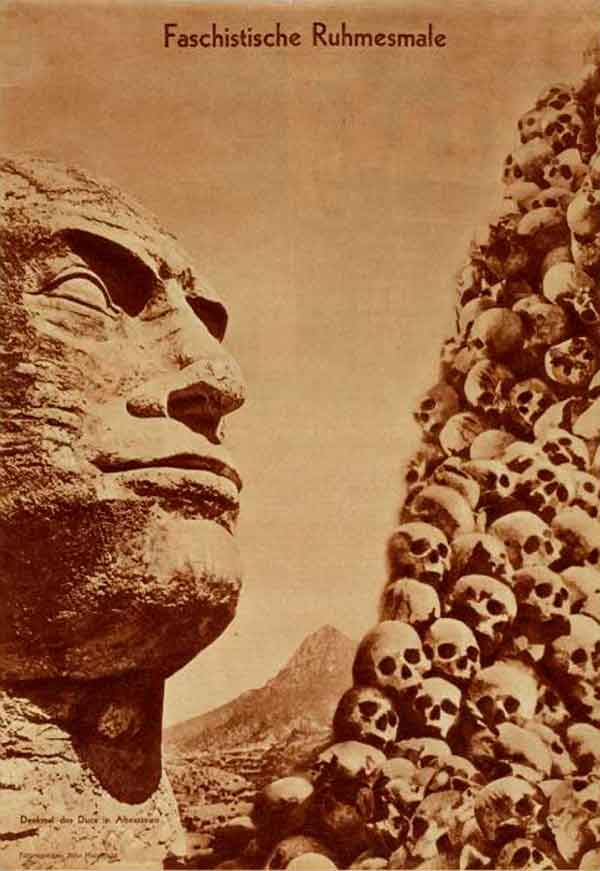 John Heartfield produced this masterpiece for the AIZ (Nr. 17) published April 4, 1936. A wall of skulls stands before a fascist monument of Benito Mussolini. Heartfield’s photo montage is a visual punch to the gut showing the inevitable result of unconditional support for a fascist dictator.

Mussolini, eager to control the Mediterranean, annexed Ethiopia on May 9, 1936. Mussolini’s fascist assault used poison gas and air strikes against civilians. Hundreds of thousands were slaughtered. Heartfield responded to the atrocity in less than a month with a work of political art that remains completely relevant to our modern politics.