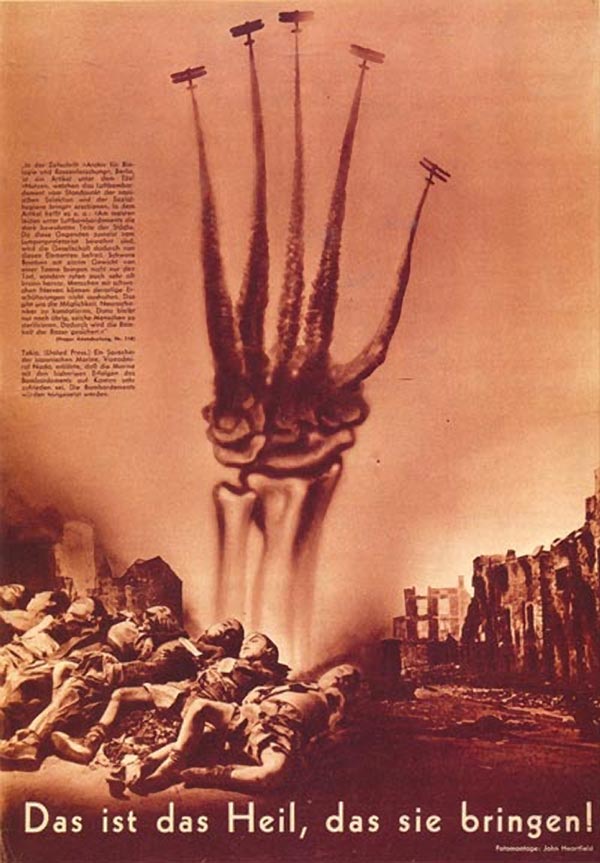 Fascist dictators promise prosperity and order. What they bring is bring division and death.

This is one of the few Heartfield works that contains a great many words. The words appear to be a visual addition to the art. From a distance, they could be a report of civilians being gassed or the endless “only I can fix it” claims of a fascist dictator.

John Heartfield was still tirelessly working as the German army attacked Czechoslovakia in 1938. It was political art such as this masterpiece that made Heartfield an essential Gestapo target. Of the approximately 85 people on the Gestapo’s most-wanted list, Heartfield was number five. He was one of the fortunate few on the list to survive.

This disturbing image of murdered civilians would be a completely relevant poster for resistance to the fascist regimes of the 21st century. It is one of the most popular posters in The John Heartfield Exhibition Shop.

It is a timeless reminder that unconditional love given to the “only one who can fix it” will always result in suffering and death.