John Heartfield AIZ New Man Is Symbolic Victim Of Republican Tax Plan. Cuts For Rich On Back Of Middle Class. 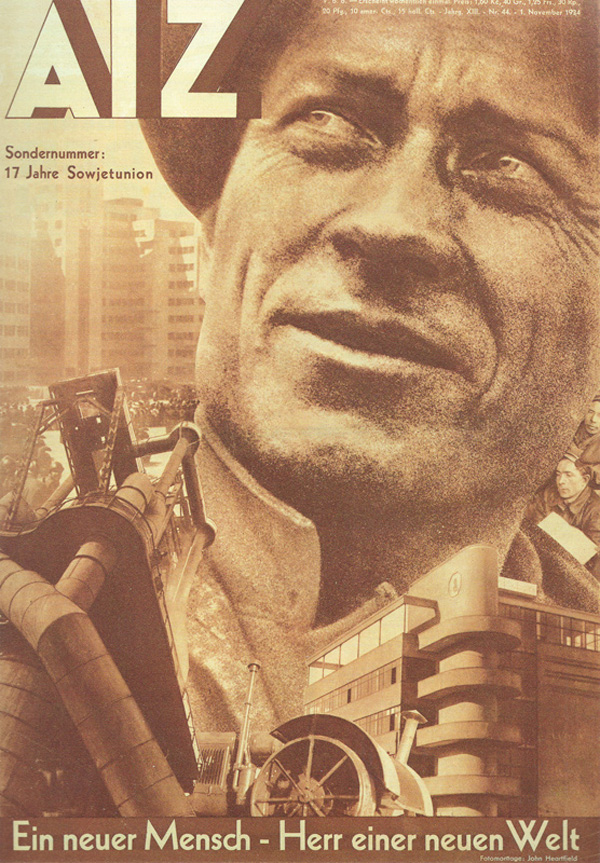 A New Man - Master of a New World

Following his escape from the Nazis on Easter Sunday of 1933, Heartfield continued to produce montages for the AIZ in Prague.

This is one of his rare AIZ covers that doesn’t directly attack Hitler, the Third Reich, or fascism. The image serves as a perfect representation of the proposed Republican tax plan. It’s same trickle-down economics that mainly enriches the rich.

The term “neuer Mensch” was coined by Dadaist Richard Huelsenbeck. His observations on Dada and John Heartfield can be found in the LIFE AS A FIGHTER -> German Dada section of the exhibition. Or do a search for Huelsenbeck

CURATOR’S NOTE: I used this montage, as well as several others, to accompany my song Born Yesterday. Listen to it HERE on YouTube.