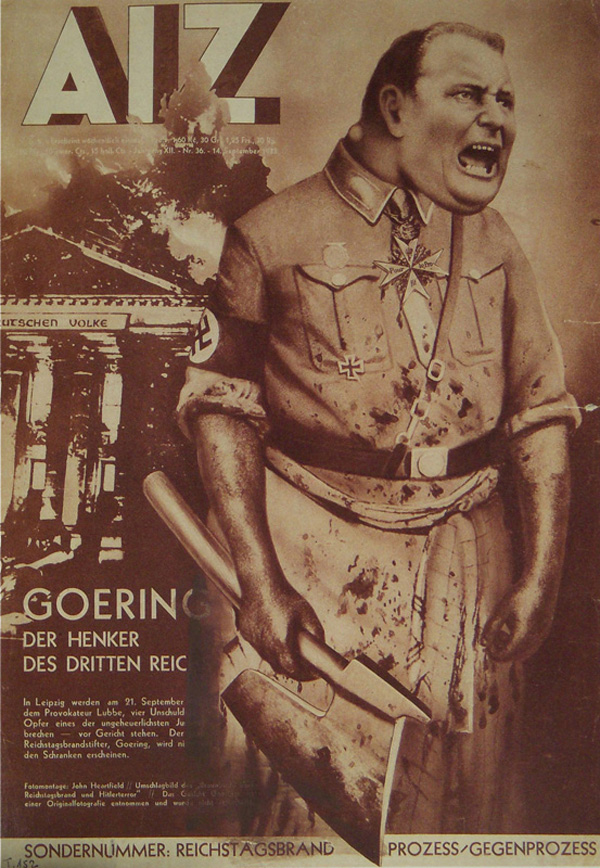 Goering: The Executioner of the Third Reich

In 1933, Goering founded the Gestapo.

John Heartfield was on the run from the SS when his portrait of Goering as the man truly responsible for the burning of the German Reichstag. Heartfield was number-five on the Gestapo’s Most Wanted List when the Nazis invaded Czechoslovakia.