My DNA Says Work No Matter What 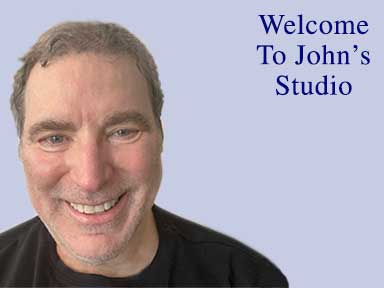 John Heartfield Is My Grandfather

There are many books and articles written by and about my famous grandfather. I often write about him. As an author, I identify myself as “John J Heartfield” to avoid confusion.

Writing novels and short stories let me interact with fascinating people and take part in dangerous situations, all from behind the desk in the John J Heartfield studio and the comfort of my imagination.

My Devils Make Me Write

When I was a child, my mother would say (with emphasis), “It’s a beautiful day. Put down that book and go outside.” She wasn’t aware I was already somewhere else because books transported me, and mystery and adventure novels were my favorites. I’d find a great writer and read everything they wrote. Absorbing those books gave me the undeniable desire to write my mystery, action, and adventure novels.

My detailed storylines are well-researched. I spend days looking for the weapon a protagonist would choose and how to deal with hand-to-hand combat. Visions of future inventions come from my background as a computer science professor. One reviewer described Controlling Time as a cross between a Philip K. Dick novel and a Jason Bourne Adventure, and I’m not going to argue with that. Judge for yourself. 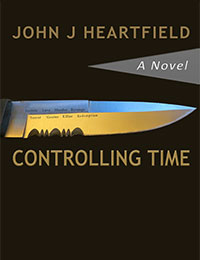 John Heartfield
Art As A Weapon  (A Graphic Novel)

With the artist Lance Hansen, John J Heartfield is writing a graphic novel focusing on his grandfather’s cinematic life and groundbreaking artwork. The first chapter, The Night the Nazis Came to Murder My Grandfather, appears online and in print in The Nation Magazine (April 12, 2021). Another chapter highlighting German Dada’s turbulent years is coming soon.

Chapter One of the John Heartfield Graphic Novel

My short stories are very different, usually imagining a compelling situation and then crafting the story around it. Following the advice of a great writing teacher, I ensure each of my stories has an arc where the events of the story change at least one character. If you like my short stories, let me know, and I’ll post more. 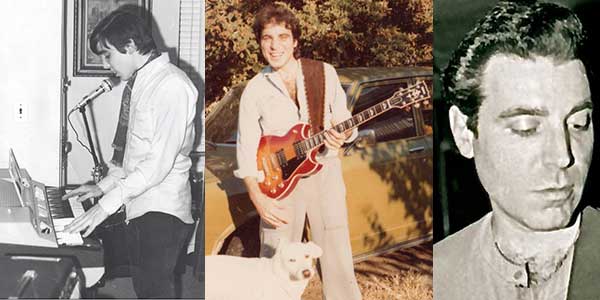 You May Not Know My Songs

I prefer to be humble, but friends, musicians, and music industry executives tell me I’m a great songwriter. Like any person working in a creative field, I have doubts about my various endeavors from time to time, with one exception. However, I have complete confidence in my ability as a songwriter.

Hearing Them Beats Playing Them

While I enjoy playing them, there’s nothing like hearing other people perform them. Though I’m only a competent instrumentalist, I’ve been fortunate to partner with some brilliant musicians. You can hear them play with me on a growing collection of my songs.

The International Musical Event One Hand!

Because I’m always looking for ways to increase my grandfather’s reputation and renown, I wanted to write songs for a multimedia musical event showcasing my grandfather’s cinematic life. I’m so grateful for the reaction and participation of world-class musical talent. One Hand! is almost complete. I’ll announce on social media when selections From The Upcoming International Event One Hand! appear in the Heartfield Studio music section.

My grandfather’s life and work and political artists worldwide are crucial in today’s political atmosphere. What’s was unacceptable after we learned the inevitable disastrous effects of fascism in the twentieth century has become acceptable to too many again. More … 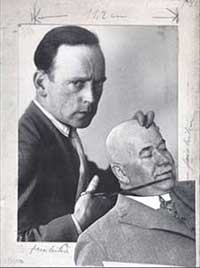 My grandfather, John Heartfield, pioneered anti-fascist art. In an early partnership with his friend, George Grosz, the rebel artists created a new way to express their disgust with senseless war and propaganda one morning. This genre became world-famous as “photomontage.”

Spitting In The Face Of Fascism

When Germany, a vibrant democracy, spiraled into the grip of fascism, John Heartfield, a lifelong pacifist, used his “art as a weapon” in searing visual critiques of fascist philosophy and Nazi propaganda. These widely distributed images on popular magazine covers and posters pasted on city walls made Heartfield, a Berlin resident, a target. Supporters of Hitler beat him and threw him from a streetcar. But he refused to back down. 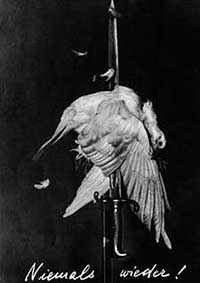 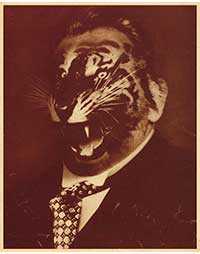 After a narrow escape from the SS in 1933, my grandfather continued his campaign against Nazis and fascism in Prague. In Czechoslovakia, he became Number Five on The Gestapo’s Most Wanted List for the crime of being an artist. He sacrificed everything to oppose those who sought power through bigotry, ignorance, and senseless war. 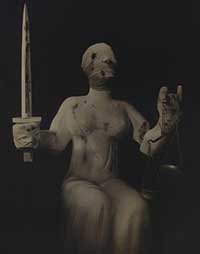 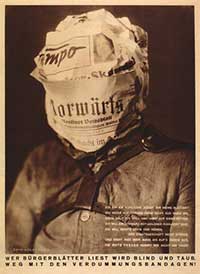 Political Art Was Only Part Of His Legacy 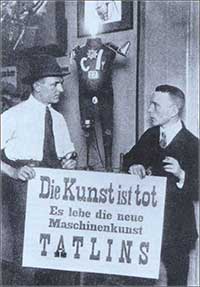 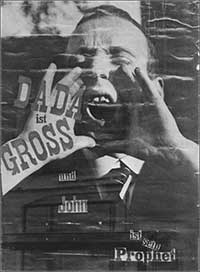 The Official John Heartfield Exhibition has grown into a permanent online exhibition. It is more than the web’s most comprehensive site regarding John Heartfield’s life and work. It is a showcase for the art of world-renowned modern artists who called him their most significant influence.

The exhibition includes a growing collection of my grandfather’s personal images, letters, postcards, and videos.

A primary goal of the exhibition is to inspire voters to cast informed ballots. A horror show always results when nations are taken in by fascism’s perverted reality.