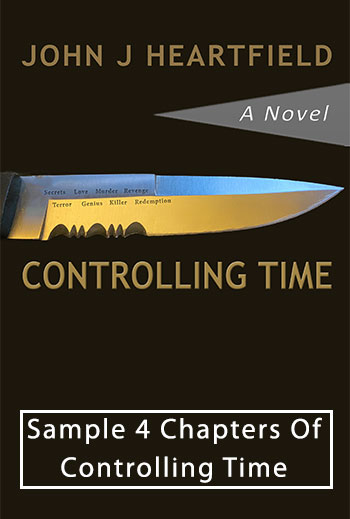 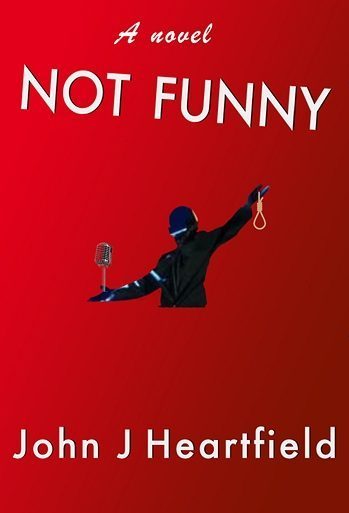 Come back often. I’ll add chapters from my latest novel all the time.

“This is a great book! I stayed up all night reading. I couldn’t wait to see how it would all come together.”
Chris Scott

“This is a fantastic read. Can’t recommend it enough. I loved it!”
Jim Heshedaul

“The hand-to-hand combat scenes are exciting and realistic. The last one is amazing!”
Marty Brounstein

Dr. Edgar Treeves is an expert on human behavior. Anyone can tell what will happen if a stranger slaps a police officer. Treeves can predict what anyone will do seconds before they do it.

In those critical seconds, Treeves silently helps his weapon, Time, a deadly unarmed assassin, to most efficiently eliminate their targets. The two of them enter dangerous situations with identities provided by an organization that seeks to control them.

Time and Treeves are not friends. They become mortal enemies when Treeves must employ his weapon, Time, in a manner even the brutal killer cannot accept. Treeves quickly changes from Time’s partner to a target in his killing zone.

In alternate chapters, Controlling Time tells the story of Michael Case. He lives in another world, where the “vid” has replaced the smart phone. His world that is torn apart when mysterious killers brutally take his fiancé, Callie, away.

Case must rely on his extraordinary friends, the tech genius, Aram Cooper, the brilliant Haitian Chef, Jackson Aurelian, and Aram’s intelligent computer SAM to uncover Callie’s dark secrets before she runs out of time.

All these stories move at a breakneck pace until they become one. Life and death depend on one question. Who will control time?

John Heartfield, Art As A Weapon  (A Novel)

Lance Hansen and John J Heartfield met after Lance’s excellent George Grosz piece appeared in The Nation Magazine. Energized, they spoke about doing a similar work regarding John’s famous grandfather, John Heartfield. However, they realized a short piece could not fully express the cinematic life of the renowned German artist.

Lance and John agreed to write a graphic novel spanning the most turbulent era of modern history. The novel reveals an artist’s life filled with courage, excitement, humor, and pathos. Major publications, such as The Nation, will publish excerpts. That reflects the importance of the work and the quality of John and Lance’s collaboration.

Abandoned in the woods at the age of 9, John Heartfield became one of the most influential artists of the twentieth century. His early work with George Grosz exploded the accepted norms of European art. Heartfield was a founding member of the Berlin Club Dada. He was a vital member of an art scene that included Hannah Höch, Raoul Hausmann, and Kurt Schwitters.

His stunning antifascist art (photomontages) made John Heartfield an icon in the world of collage and mixed media art. With only essential tools like scissors and paste, the pacificist Heartfield waged an information war against fascism and The Third Reich with his “art as a weapon.” His stubborn resistance made him Number 5 on The Gestapo’s Most Wanted List.

Get ready for the untold entertaining true story of a man who stood up to the world’s worst dictators with integrity spiced with biting wit.

Not Funny  (A Novel)

Teachers told us to “duck and cover” when I was in school. We practiced it every day. If we got under our desks and covered our heads with our hands, we could somehow avoid being turned into dust by incoming Russian atomic war heads. New York’s Greenwich Village was ground zero for a new generation of musicians and comedians tuned to absurdity of it all. The White House became Camelot as a dynamic young president, who along with his family won the hearts and minds of a generation of Americans. It seemed like a dream.

A young comedienne was in the center of the storm. Everyone likes her and almost no one really knows her. One night she receives an anonymous note that reads, “You will perform for me or I will make sure you’re not funny.” She turns to a disgraced Manhattan homicide detective for help. While uncover the mystery, they encounter personalities as diverse as Bob Newhart and Bob Dylan. Each character has a complex personality and when they tell the story from their perspective, it seems like a dream.

Not Funny: Get Ready

Not Funny is my latest novel. Using exact historical events, I tell the actual story leading to a game of chicken that might easily have ended in an extinction event. The story transports the reader from Greenwich Village Night Clubs to Kennedy’s Oval Office to Nikita Krushchev’s War Room. With humor, action, and insight, Not Funny tells the story of characters, real and imagined, living on the edge of oblivion. Chapters from Not Funny will be available here soon.