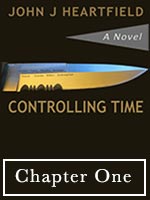 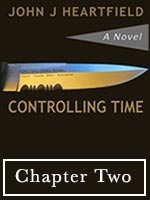 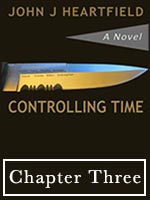 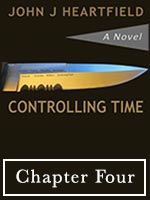 When ruthless killers take hostages in a New York skyscraper, a chain reaction places a square mile of the city at risk. However, embedded among them, the genius Edgar Treeves uses subtle movements to give his Weapon, Time, the edge he needs to wipe them out one by one. Any slip in their trusted silent communication would be fatal. But on a subsequent mission, a desperate decision will endanger the connection between them.

In California, Michael Case’s fiancé, Calena, disappears after a brutal murder suddenly shatters their world. Case is extremely wealthy, but all his money won’t save Calena. Instead, he needs the help of his extraordinary friends, a Haitian chef, a tech genius, a virus expert, and SAM, the world’s most intelligent computer, to uncover Calena’s deeply hidden secrets before her time runs out.

When a hidden thread binds a mystery to a thrilling adventure, the unexpected plot twists, fascinating original characters, and detailed hand-to-hand combat will come together in an extraordinary climax.

Who Is Edgar Treeves?

Controlling Time is the first in a series. It introduces the genius Dr. Edgar Treeves, a modern-day master of human behavioral science. Anyone can predict what will happen if a stranger suddenly slaps a police officer. Treeves can predict what anyone will do seconds before they do it. Edgar Treeves is a fully realized imperfect personality who fights his demons as he saves lives in the world’s most dangerous situations.

Treeves is a super-secret operative with a deeply buried identity. It is possible to stamp detailed personal histories and high-level credentials onto him at will. He plays any role a situation requires. Afterward, the identity had assumed vanishes. He disguises his appearance in many ways during missions. However, that’s almost unnecessary. People with unacceptable intentions who interact with Edgar Treeves either wind up dead or unable to recognize him in the unlikely event they ever meet him again.

Edgar Treeves’ Weapon has the code name Time. Time’s criminal past forces him to join the U.S. Army. A powerful secret organization in the military recruits him because of his super-fast reflexes and natural fighting ability. He has no choice. Experts train Time to understand Edgar Treeves’ silent signals in combat, and he becomes a deadly unarmed warrior. His job is to protect Treeves and eliminate any threats surrounding them. When Time kills, he does so because he knows if his targets knew what he could do to them, they would kill him without hesitation.

Time and Treeves are not friends. Time is uncomfortable when Treeves appears to “read his thought” or acts as if Time is nothing more than a puppet required to complete their missions. However, grudging respect exists between them until Treeves must force Time to perform a terrible act even the experienced killer cannot accept. Their roles are no longer defined.

This is a great book! I stayed up all night reading. I couldn’t wait to see how it would all come together.”
Chris Scott, Centennial Books

“This is a fantastic read. Can’t recommend it enough. I loved it!”
Jim Heshedaul

“The hand-to-hand combat scenes are exciting and realistic. The last one is amazing!”
Marty Brounstein

“My wife Linda is a voracious reader. Since we’ve retired, she’s been reading “the classics.” So I bought her a copy of “The Brothers Karamazov.” Then She began to look at John’s book. To make a long story short, she stopped reading Karamazov. She said “Controlling Time” was unbelievably fantastic. She said, “Did your friend really write this?” I said, “Yeah. He’s really talented.” She loved the way he blended different time periods and characters in a futuristic mystery. Anyway, I thought I should mention my friend’s book to those of you who like to read. His name, again, is John Heartfield. The book is called “Controlling Time.”
George Tarken

“Easily one of the most exciting and original stories I’ve read in a very long time.”
M.T. Sky