My interactive salon invites the audience to journey to a pivotal moment in history. As they see images and hear true stories about my grandfather, they take part in an exploration of what transformed twentieth-century Berlin, a cosmopolitan city steeped in all aspects of art, the center of a vibrant democracy, into the burned-out ruins of a fascist dictatorship. 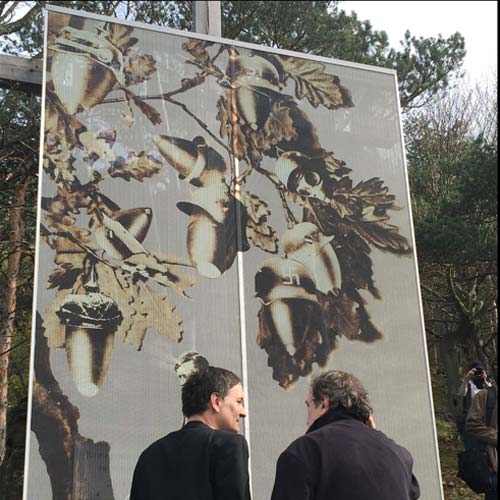 The John Heartfield Exhibition curator, John J Heartfield, express his gratitude to the artist, Martin Krenn. Herr Krenn was instrumental in winning the St. Lorenz competition and completing the challenging Mahmal Friedenskreuz St. Lorenz installation. The curator told Herr Krenn that his grandfather, John Heartfield, would be delighted to see his political photo montage, “Deutsche Eicheln” standing in front of a well-known war memorial to the Wehrmacht. It was his grandfather’s core philosophy that his art should be out in the open and available to the people so they might make their own decisions as to its messages and its merit.